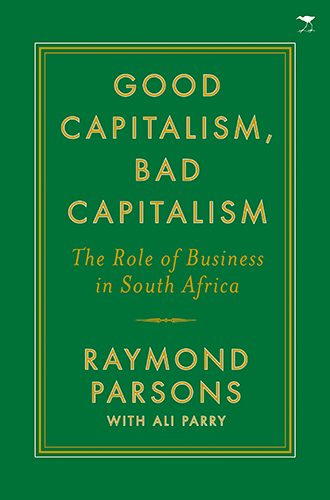 South Africa has entered a new era, with the country’s recently elected president, Cyril Ramaphosa, promising a ‘new dawn’. But will President Ramaphosa and his administration, together with business and labour, be able to turn the economy around and at last satisfy the aspirations of millions of people who, for decades, have been promised better lives? And what role should business – and organised business – be playing in all of this? Although business is the main driver of the economy, it has for years been a passenger in economic policy-making. These and other questions relating to South Africa’s complex character and uncertain future prospects are thoroughly explored in Good Capitalism, Bad Capitalism: The Role of Business in South Africa.

Written by prominent economist, Raymond Parsons, together with Ali Parry, the book offers a balanced and absorbing analysis of what various institutions and individuals have (and have not) done to eradicate the legacy of apartheid and bring South Africa to where it is today. Freed from the shackles of the Zuma regime, South Africa now has a decisive opportunity to take stock of what has gone wrong in the country since the advent of democracy and take appropriate corrective action. But will it? What are the chances of success?
History can so easily repeat itself if politicians and business leaders choose to ignore the lessons of the past. Fresh thinking and a large dose of pragmatism are imperative if South Africa is to turn the corner and build a bigger, stronger and better economy. At this critical juncture, organised business institutions in South Africa also need to reprise their role as the voice and champion of the constituencies they are mandated to serve.

The Economic Ideas of Marx's Capital: Steps towards post-Keynesian economics (2016) 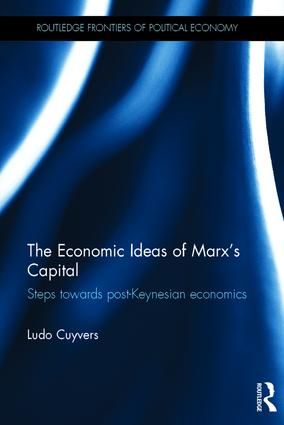 Nearly two hundred years have passed since the birth of Karl Marx and continuing to this day the influence of his economic views, insights and theories can still be felt. However, since the publication of Das Kapital, the scientific community has not been sitting idle – it is time to evaluate Marx as an economist and explore what he can bring to modern economic thinking, particularly post-Keynesian economics.

Starting with Marx’s schemes of reproduction, which, it is shown, are the basis of the linear model of production as used since the 1960s by Piero Sraffa, Michio Morishima and others, the book reviews and assesses Marx’s major economic theses. These include: the labour theory of value; accumulation and technical change and its impact on labour; the concept of unproductive labour; the tendential falling rate of profits; the evolution and determinants of the share of wages in national income; as well as short-run and long-run economic dynamics. The Economic Ideas of Marx's Capital updates the theses of the labour theory of value and the conditions for balanced growth using the recent scholarly literature, and also further develops issues related to Marx’s concept of productive labour. Moreover, the book analyses the intellectual relationship of Marx’s economic theory with post-Keynesian neo-Marxism, particularly in the writings of Michal Kalecki, Joan Robinson and others. By doing so, the book shows the need and possibilities of integrating major insights of Marxist and post-Keynesian theory.

This volume will be of interest to those who wish to explore Marx’s economic theories through a non-ideological approach, as well as students of Marxist economics, post-Keynesian economics and the history of economic thought. 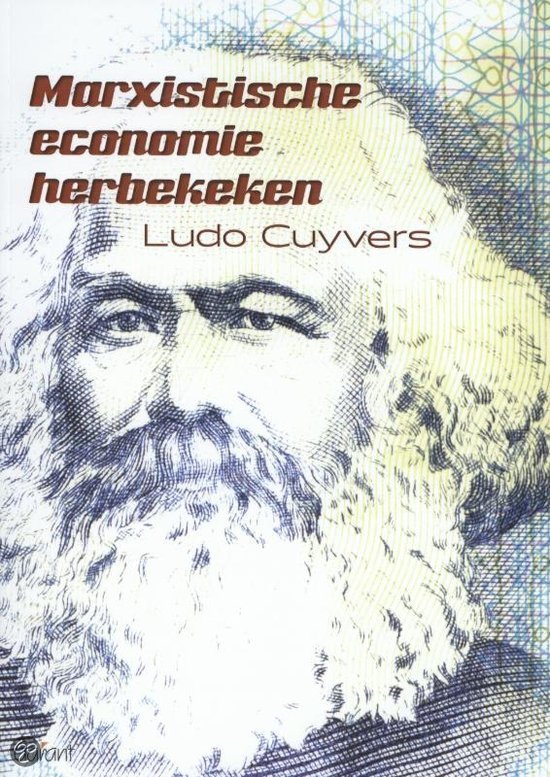 In 2018, two hundred years will have passed since Karl Marx was born. The influence of his economic views, insights and theories can still be felt. However, since the publication of Das Kapital, the scientific community has not been sitting idle. It is time to evaluate Marx as an economist.

The Marxist economic model is a coherent set of theses, which in turn are rooted in a strictly held methodology. In the book the model is investigated within its own logic, based on its axioms, assumptions and implications. Regularly, insights and starting points for further research are given from the perspective of present-day economic thinking, particularly post-Keynesian economic theory.
The book speaks to a broad public interested in probing Marx’s economic theories and follows a “no nonsense” approach. It also offers insights into how Marx’s legacy is linked to present-day economic ideas about the workings of the capitalist economy. 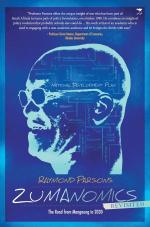 In the light of global and domestic developments since 2009, Raymond Parsons reassesses the economic prospects for South Africa post-Mangaung and the 2014 general election.  While the 2009 publication was a collective effort with other contributors, this is an individual one. Many red lights are flashing for the economy and South Africa is struggling to avoid a ‘low-growth trap’.  What are the conditions for the success of the National Development Plan’s vision for 2030 and can these be translated into reality?  What will happen during President Zuma's second term?

Drawing on his considerable experience and analysis of South Africa’s political economy, Professor Parsons redefines and updates Zumanomics in the light of these developments.  Will South Africa be able to move successfully to address the triple challenges of unemployment, poverty and inequality identified by President Zuma as the three greatest issues needing South Africa’s attention? How can the country improve its global competitiveness? How can South Africa best build on its strengths and address its weaknesses? 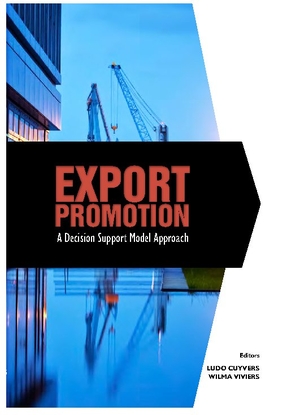 Governments are increasingly confronted by scarce resources, which force their export promotion organisations to seek more efficient ways of carrying out their mandates. Notwithstanding the export successes of several emerging economies, public export promotion policies of countries are generally facing diminishing returns, particularly where the traditional export promotion instruments are used. The DSM (Decision Support Model) approach to export promotion, which is introduced and explained in the book, is deeply rooted in the international marketing research literature and allows for the identification, in the rapidly changing international environment, of the most promising realistic export opportunities for those looking to expand their reach.

The various chapters explain the DSM approach in detail and offer the most recent results for three countries: Belgium, South Africa and Thailand. They further elaborate on more recent developments and applications, such as the identification of export opportunities for services (as distinct from products), and the use of DSM results to assess traditional export promotion programmes and to guide the formulation of new export promotion strategies at product level. Why and how the identified DSM export opportunities should be supplemented with competitive intelligence conducted by export promotion organisations and support structures, is also discussed.

Alternatively, a hard copy of the book can be ordered at: www.africansunmedia.co.za by doing a simple search for ‘export’.